Thanks be to God, who always leads us as captives in Christ’s triumphal procession and uses us to spread the aroma of the knowledge of Him everywhere. For we are to God the pleasing aroma of Christ among those who are being saved and those who are perishing. To the one we are an aroma that brings death; to the other an aroma that brings life. –II Corinthians 2:14-16a.

For many years, there was a paper mill just north of Albany, Oregon and adjacent to Interstate 5 that gave off a stench that plagued the area for miles around.

For the people who resided in the area, and those who regularly commuted up and down Interstate 5, it was a blessing when the mill shut down and the air was pure to breathe, unless you worked there. Then, it was a horrendous loss. It all depended on which side you were on, the outside inhaling a constant almost nauseating stench, or on the inside with a job that supported the workers and their families.

But there was also another kind of outside/inside issue. If you lived in the city, the air was at its best in the spring and early summer of the year. The southwest winds pushed the putrid air of the mill the opposite direction, and the pungent odors of the lilacs, the roses and the lilies permeated the air with their sweet perfumes.

However, during the hot summer months into the fall, when the prevailing north winds brought fair weather, they brought those foul odors, while the folks to the north of the mill enjoyed the autumn fragrances of burning piles of leaves and fresh smoke from the various fireplaces warming the homes around them.

In the scripture at the beginning of this Blogspiration, the Apostle Paul gives us opposite perspectives of those who love and follow God. To those who are being saved, the fragrance we give off is pleasing, sweet and life-giving. But to those who are perishing, it smells to them like rather than fragrance, we are the stench of death.

The good news is that we all have the choice to be on the pleasing, sweet and life-giving side of the door or the other side that stinks such foul odors that leave us gasping for fresh air.

I choose to live on the life-giving side. Hope and pray you do too! 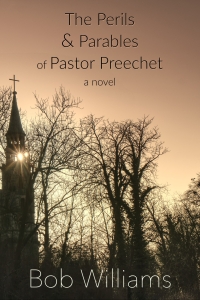